To our dear little angel,

We have so many questions why this happened but I guess there is only one explanation that makes sense: God has a better plan… for you and for us.

Thank you for passing by our life, little one. You’ve made us very excited for the little time we had you. But now, it’s time to say goodbye. Please know that you will never be forgotten. You will always be in our hearts. Please watch over your mommy and daddy. We love you.

Whoever said that winter is dreadful (i.e. ME) is absolutely wrong.

Despite the sub-zero temperatures and scattered snow showers here and there Vancouver has been having lately, I found a new appreciation with snow. Experiencing snowfall for the first time has truly made me a happy kid and I haven’t helped myself but sing “it’s beginning to look a lot like Christmas”  while walking on snow.

My friend, David (IG: @djuansala) took some pretty shots of me marvelling at this seldom occurrence in Vancouver (while Canadians were busy preparing to battle the forecasted “snowstorm”).

I just loooove these shots, everything looks so pretty!

Just like that, I have been living my pseudo-Canadian life for 2 years. I still find it unbelievable that I am about to survive my third winter, being the cold intolerant that I am. Life has been hard lately but I am still faithful that I will come out of this in good graces. Just need to be a bit more patient and patient and patient.

So.. 2 years. I know, proud moment here, actually. I realized that I am a tough cookie as I have endured being away from loved ones for the longest time in my life. Despite some Canadian ways that I adapted — i.e., walking faster, owning a number of runners since I can remember, learning to take power naps while commuting, etc — I can say that I still am the same grounded person that I am. Although distance makes you care less and indifferent about other people since you are busy minding your own life, I am still am the compassionate and understanding and thoughtful person that I used to be. I still have my (good) Filipino traits intact and I am happy staying that way.

I am praying that by next year, I will be able to finish the things I started and get myself a more stable status in Canada. I don’t mind being away, actually, although loneliness can hit me hard sometimes but I try to remember that this is a privilege I have to be here and I must take advantage of whatever possibilities that are coming my way.

And I remember 11.15.14 vividly just like yesterday. When all I wanted was to kiss you and hug you so passionately but couldn’t because all my family were there. So defeated, I proceeded to the departure area and never looked back because I knew that if I did, I would have decided to not leave.
My throat and my chest ached from holding back my tears. Until when I was finally alone and waiting for my boarding time, I broke down in tears because I should have kissed you and hugged you and told you to wait for me because I will be coming back for you and that I love you and I will miss you so much because you’ve never been away from me for too long.
But you are right, we will see each other very soon and it’ll be the start of something beautiful and worth waiting for.

Lucky are those who know exactly what to do with their lives — those who have it all figured out, those who get to choose and pursue what they want to become.

I have dreamed of becoming a bunch of different things.

I never dreamed of becoming a nurse, not even for one bit. I would say it was a last minute decision when I finally got qualified in a college where my other friends are going and since everyone were taking up nursing, so I did.

I had a chance to back out but my parents believed that I would make a good nurse..aside from the reason that it was the most practical decision to make. I wasn’t totally that bad when I was a student. My compassion and caring attitude are genuine. I had great critical thinking skills.

It just took one split-second emergency situation that changed my whole perspective about nursing. A patient was supposed to be suctioned through his ET tube and my instructor told me to do it. I was held on my tracks as I have never done the skill before and I wasn’t confident. My instructor started screaming at me and she decided to do it. As she did, she must have triggered the patient’s Valsalva maneuver and her suctioning caused cardiac arrest on the patient. I froze and realized what damage I would have caused if I did it.

Since then, I’ve always became anxious handling critically-ill patients. Any second, an emergency can arise and I wasn’t too confident being a first responder. I’ve never regained my greatness back and for this, I always thought..is nursing really for me?

As I said, I can be a bunch of different things but I can’t just abandon what I’ve started in my nursing career and choose to go for the things I really want. I know it sounds wrong not to have a “choice” but really, I don’t. A lot of people depend on me once I reach the ultimate goal.

So again, lucky are you who are in pursuit of the things you want.

Welcome me back to WordPress world! How are you all doing, guys?

I haven’t been updating in a while as..well..my usual excuse is that I am busy. Yes, I still am! The last time I’ve updated here was me asking you all to wish me luck on a major exam I was to take. That was over 2 months ago and I had my results back! Fortunately, I was recommended to take a few courses till I will be able to finally take my boards. So.. these courses have pretty much taken my time..plus catching up on my readings and tv series, sleeping late, and going out for walks.

It’s officially summertime in Vancouver but the climate is anything but close to summer. I recall last year that at this time of the year, I was wearing shorts and skirts and slippers. This year, it still is gloomy at this point. Still have to wear cardigans and socks inside the house as it’s still a bit chilly. Sun hasn’t been out for straight days. Rainy days always come in alternately. Not really the kind of sunny I’ve wished this summer will be but we shall see.

As I have eagerly looked forward to, I am back to taking pictures again. For now, I like shots of sea and skies. Still looking forward to a perfect summer sunset. Hope it comes.

Anyway, that is all for now. Just took a little break from my readings.

Till next time! Ciao!

I’m writing this because I don’t want to be the first to say hi.

Did you know there is a secret rule? The last person who says a word is never the first one to begin another conversation.

But my pride tells me not to give in and lose in this “tag, you’re it” game. Yes it is a game. And you don’t mind these petty rules because you know you’d always win and I.. I always lose by default.

I wanna get these things over with and go back to taking photos, going for long walks, having plenty of time for sleep, not worrying about anything.

Hoping for a good summer this year. It’s been too gloomy for way so long. I need to be rewarded with long and uninterrupted days of sun!

For now I gotta get back to focusing on preparing for my exams and stop daydreaming till I get this done.

*Taking a deep breath as I start typing*

*The Scientist by Coldplay playing in the background*

*Nothing good comes out from the words “so I’ve been having thoughts” but here goes..*

So I’ve been having thoughts. Not one of those random thoughts you have when you stare blankly in space for a few moments. These thoughts have been nagging me, disturbing my sleep, haunting me.

I think I have come to this point that I have thought of giving up on this relationship. Not his fault. He’s fine. He’s very good at being a boyfriend to me. Couldn’t complain, really.

It’s just that.. I feel that keeping up with the LDR thing is exhausting. I rarely have time to think about myself and what I really plan to do because when I do, I always feel the need to include him in my decisions — not really seeking for his approval but thinking how these decisions will affect our relationship. All the things I aim, dream, and hope for are targeted for our future. This relationship is so demanding and the pressure is too much that I cannot focus at all. As you know, I am preparing for a big exam happening on April and instead of studying, I spend most of my time talking to him or thinking about him. I worry too much. I just don’t want that kind of feeling, especially now. I think I miss the feeling of being single.

However, when I think about taking some time away, I think that I am not ready to be alone. I feel that I’ve been in this relationship way too long that I’ve grown dependent on him (and not in an unhealthy way, okay?) He does make me happy, he inspires me, understands me and encourages me. I am not ready to give up that kind of feeling of dependency because I feel that when I start taking that space, I will eventually lose him. And in the end, I know I will regret the day when I stop talking to him because I know it will change him and me as well and when we do start talking again, we’ll both be different people. I don’t want to lose him because I know he is the one I want to marry. He is perfect for me. He just is.

But then, how do I get the feeling of not being required to include him making decisions while keeping him at the same time. How do I focus on myself while having him around. These things are selfish of me but I think I really need this.

So I’m writing this post without really knowing how to end this. I am not making any decisions as of now because this is a tough one and I want to think this through. I just want to put this out there for now. 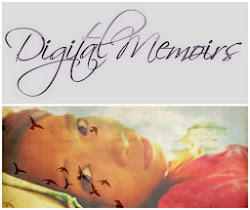 Fragments of ideas float around my brain as I tirelessly try to fit them together with so many words in my head. I am always afraid of writing them down improperly, or forgetting them in the first place. I cannot seem to write fast enough because somehow, a thought always gets lost.